The idea behind the WindWheeler is to develop a vehicle with the properties of a windturbine blade. The WindWheeler drives on public roads and goose faster than the wind speed at all wind directions. It can generate electricity while driving. Never refueling or charging anymore. And at a windy day, you also have free electricity.

There is a working scale model on a scale of 1 to 7 with promising results. Currently a full-size prototype is under development. Curious?

You want to know more about the WindWheeler, or you have questions? Or you want to offer help? Please do not hesitate to contact me.

A wing on wheels is an effective way to easily convert the wind force into motion. At low vehicle friction high speeds can be achieved. The vector sum of the wind of motion and the true wind turns in a high apparent wind speed which results into a large lift force. At broad reach the large lift force results in a large force in the driving direction which results in high vehicle speed. The Greenbird is an example of a vehicle that works on the sail principle with a wing sail. 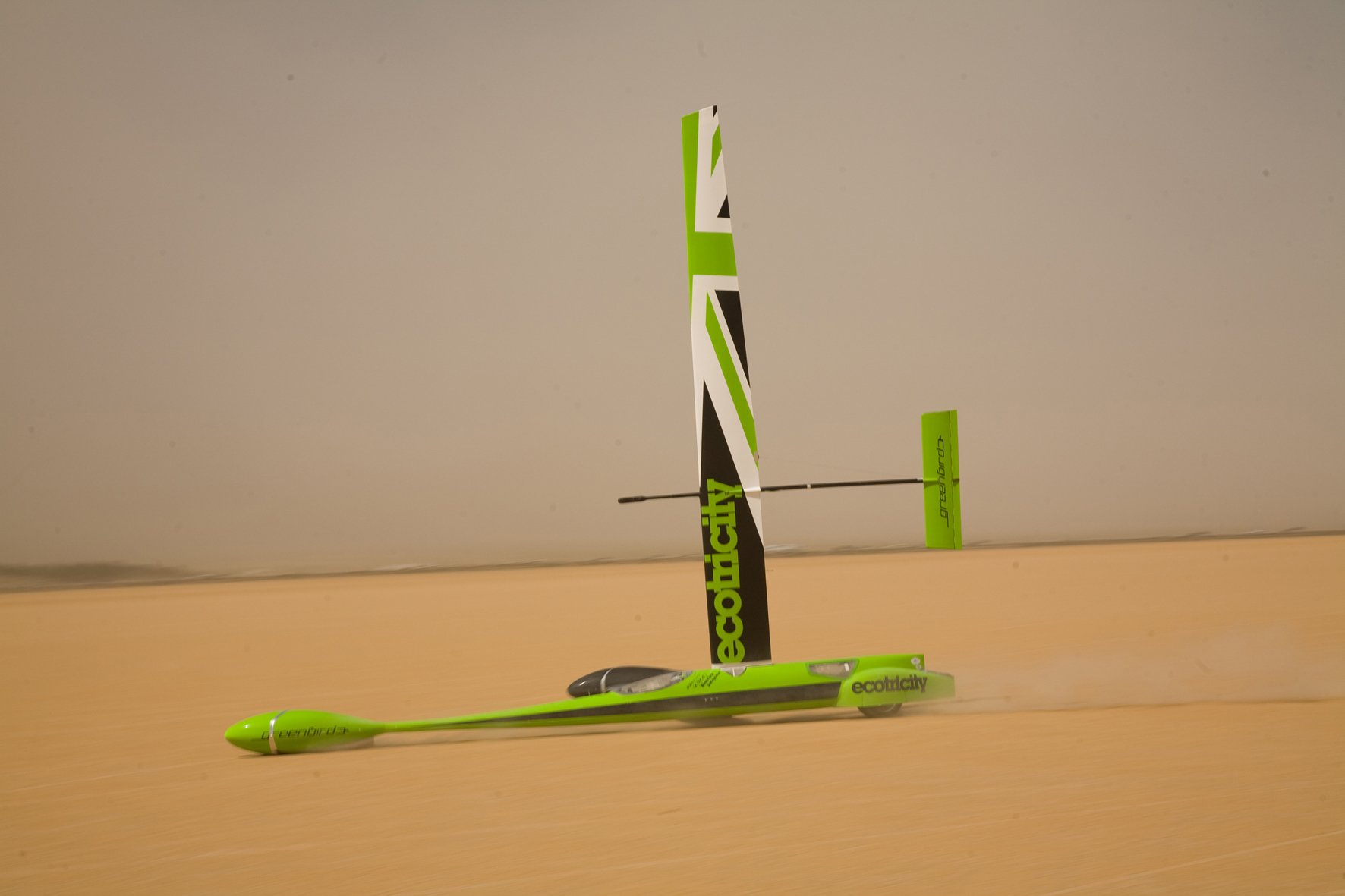 Since 2009, Richard Jenkins holds with this vehicle the Greenbird the land sailing world record with a top speed of +/-200 km/uur (3 to 5 times the wind speed) [1]. 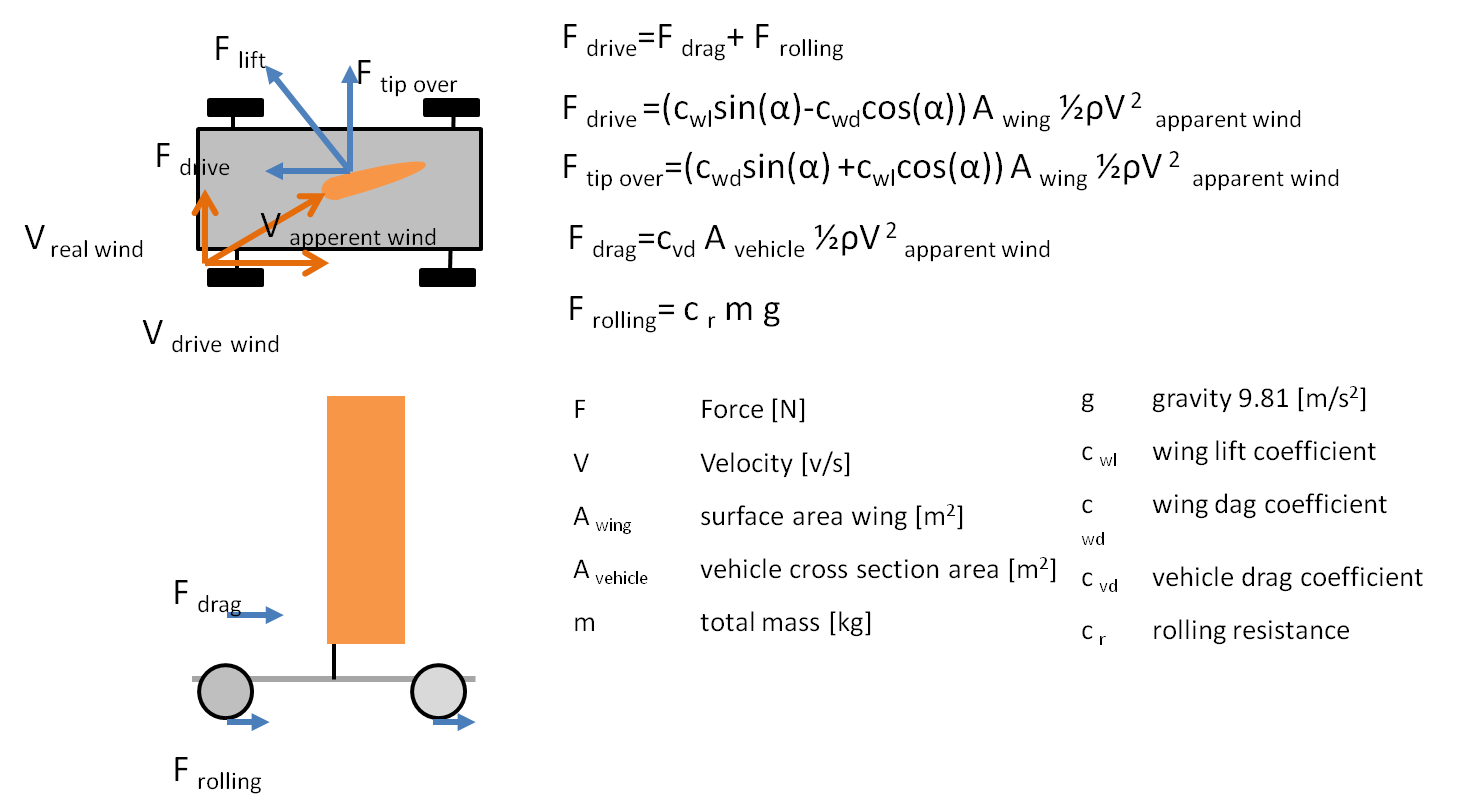 Figure 2. Forces balance for a vehicle that operates on the sail principle.

The above figure shows a simple force balance of a vehicle with wing sail. On hand of this force balance the vehicle speed can be calculated. 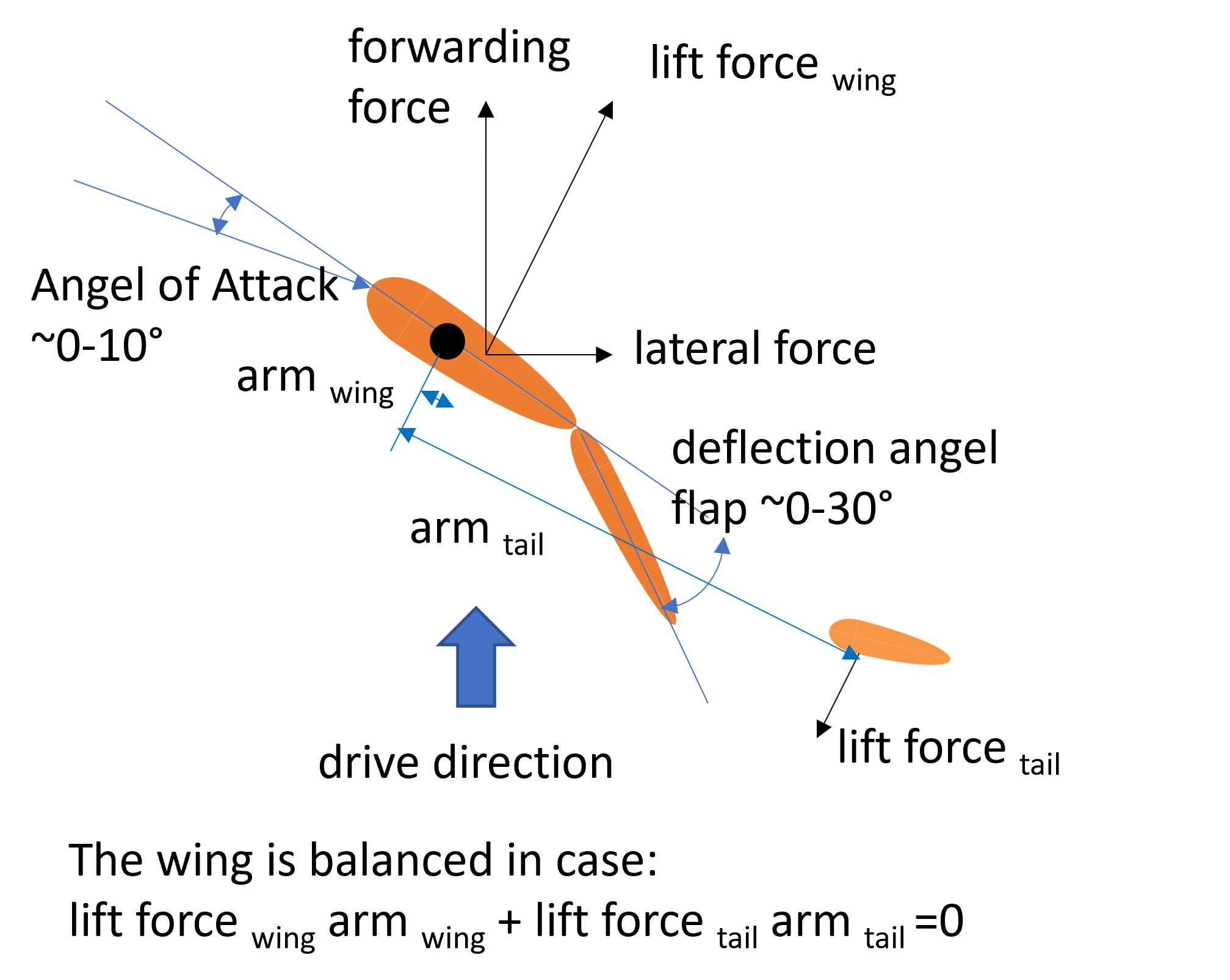 Figure 3. Increase or decrease of the lift coefficient for a wing sail by changing the angle of attack at the the leading edge or the angle of the tail flap at the trailing edge. 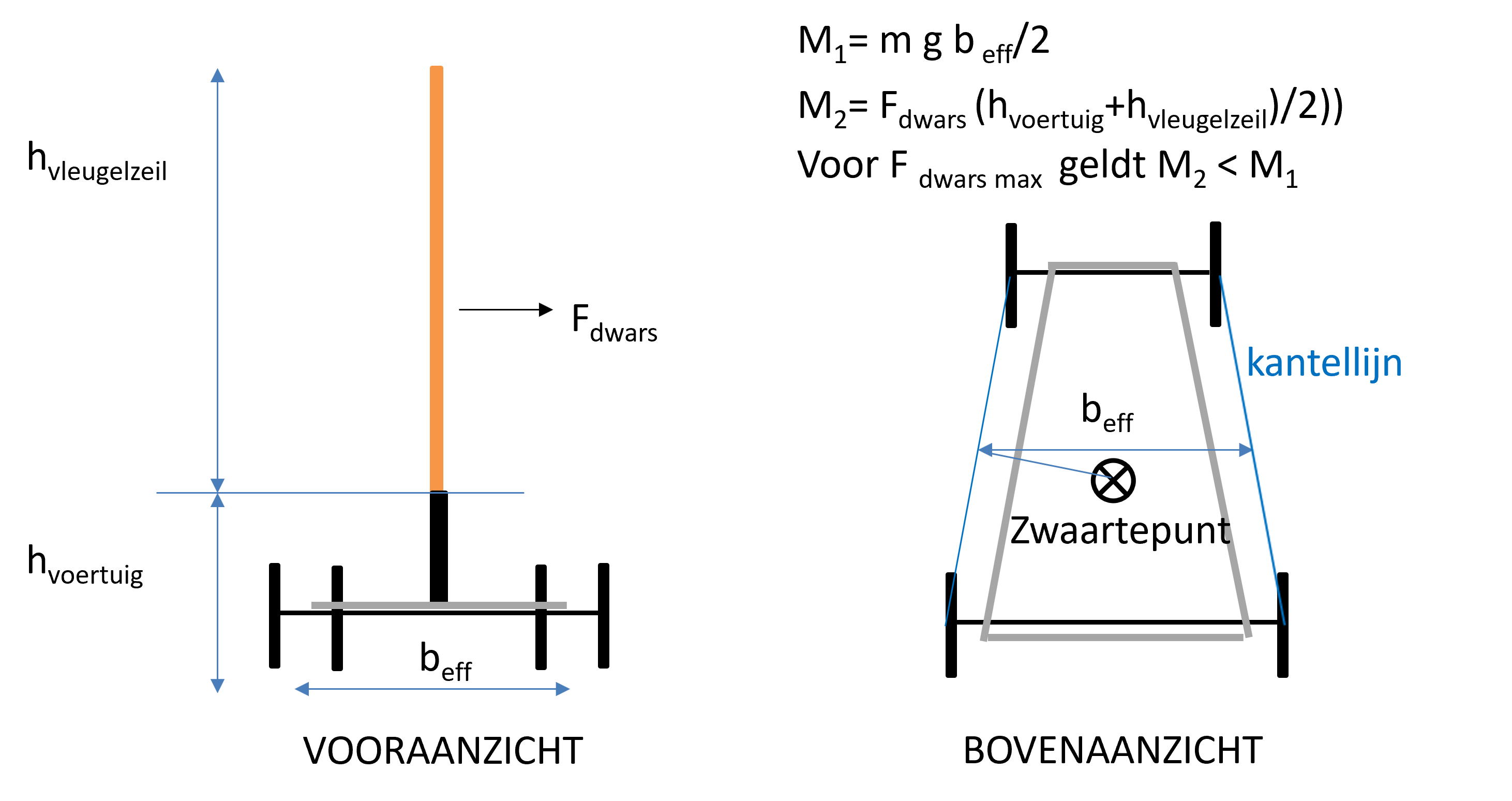 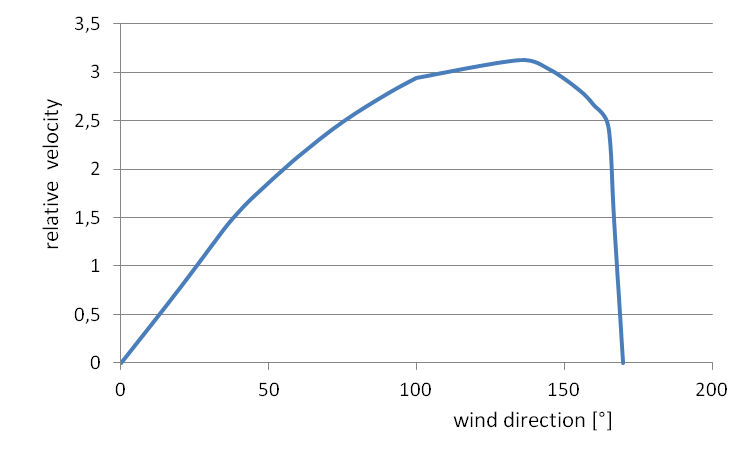 The vehicle velocity as function of the wind direction is shown in chart 1. It is clear that with the sailing principle you can not drive into the wind. Tacking on the road asks to much space so we have to look for another principle. Based on lift calculations there is no numerical solution dead down wind. In practice, however, a wind powered vehicle based on the sailing principle is pushed forwards by the wind in the same way as a cyclist is pushed forwards when he has the wind from behind. The vehicle velocity will remain below the wind speed.

Every year student teams compete in Racing Aeolus Den Helder [3]. They will prove that they are able to sail into the wind with a vehicle that is powered by a windmill. 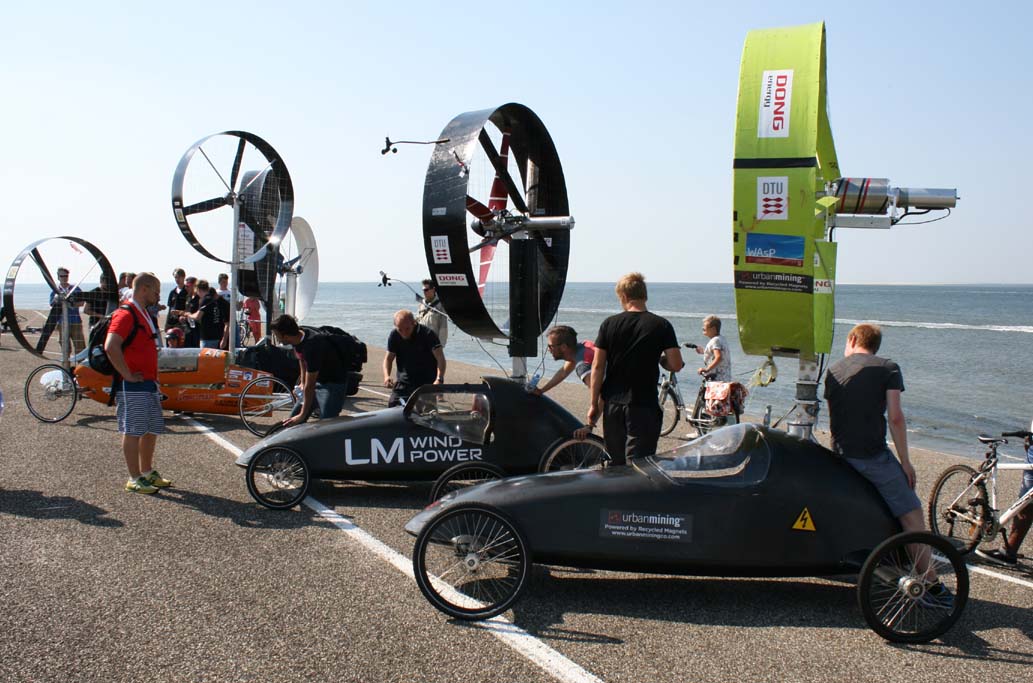 Figure 6. Energy balance for a vehicle that drives into the wind based on the windmill principle.

In 2010 ECN participated the race with the Impulse. For that vehicle they presented a mathematical model, based on energy balance over the vehicle, and validated the model with their measured data [4]. Here we use this model to calculate the vehicle speed. Chart 2 shows the calculated speed as fraction of the wind speed (relative speed) and as a function of the induced factor a. The induced factor a determine how easy the wind blows through the windmill. At a = 0 the wind experiences no resistance of the windmill. Where a = 1 results in a maximal resistance of the windmill. The induced factor a determines, to a large extent, the design of the blades. From the theory (Betz law) the maximum power production of a stationary windmill appears at a = 0.33. Most handbooks on wind turbines use therefore a = 0.33 in their blade design. However, by replacing a= 0.33 by another value you can use the same formulas for the optimum blade design for a windmill on a vehicle that drives into the wind. 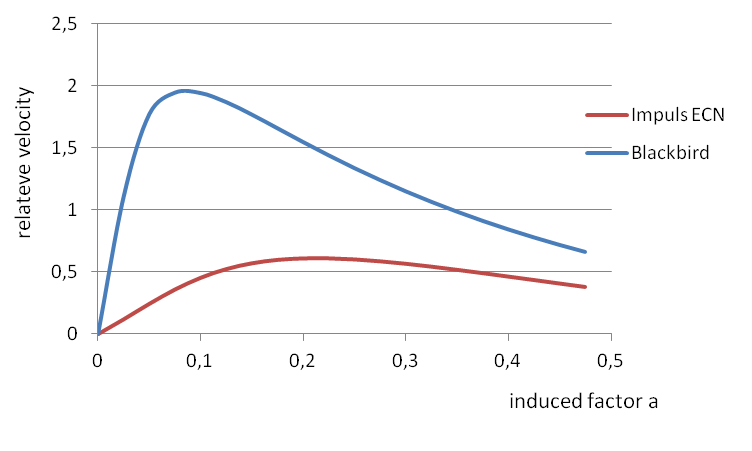 Chart 2.Calculated relative velocity as function of the induced factor a. 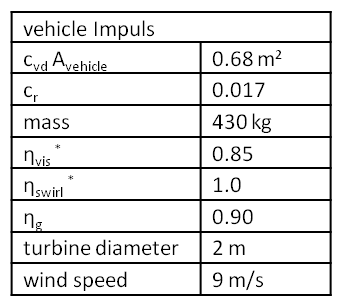 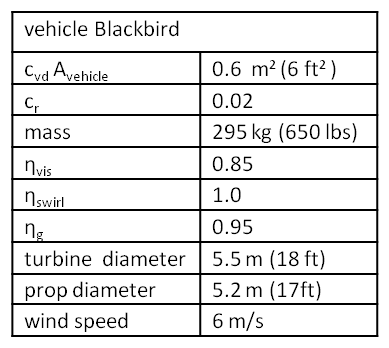 Table 2. Data for the Blackbird[6] with windmill.

The chart shows the relative speed. The calculations are carried out with the vehicle, windmill and efficiency data from tables 1 and 2 respectively for the Impulse and the later to deal with Blackbird. The maximum speed in the head wind situation well matches the measured maximum vehicle speed (Impulse 0.6 times wind speed, Blackbird 2.1 times wind speed [5]).

The fact that the maximum speed is reached at a lower induced factor a (respectively a = 0.2 and a = 0.08) than a=0.33 where the maximum power is delivered means that at a certain point the power requirement increases faster than the delivered power of the windmill. 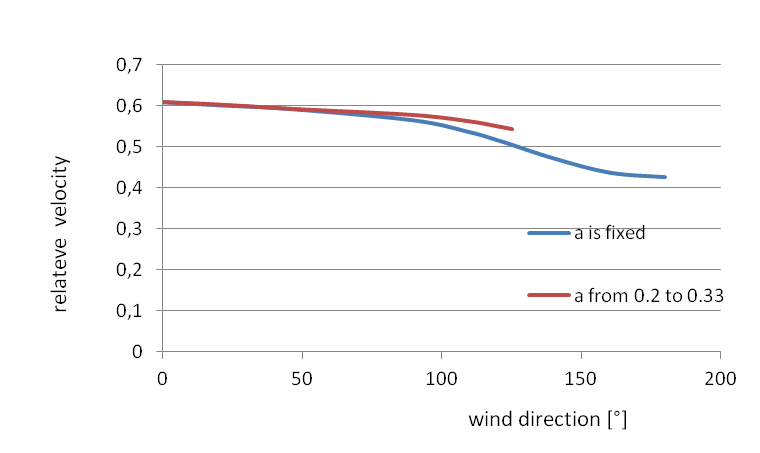 For head wind and crosswind we have now a good solution. However, dead down wind our vehicle goes as fast as a cyclist who has the wind in the back. In 2011, Rick Cavallaro introduced a remarkable concept, a wind powered vehicle with a big propeller on it, which could drive dead down wind faster than the wind. Although the concept has been previously brought out (1969) by Andrew B. Bauer [7] its reintroduction in 2011 caught great interest because Cavallaro proofed the concept with his vehicle the Blackbird. The Blackbird pulled out a record of 2.85 times the wind speed dead down wind at a wind speed of 6 m/s [5]. 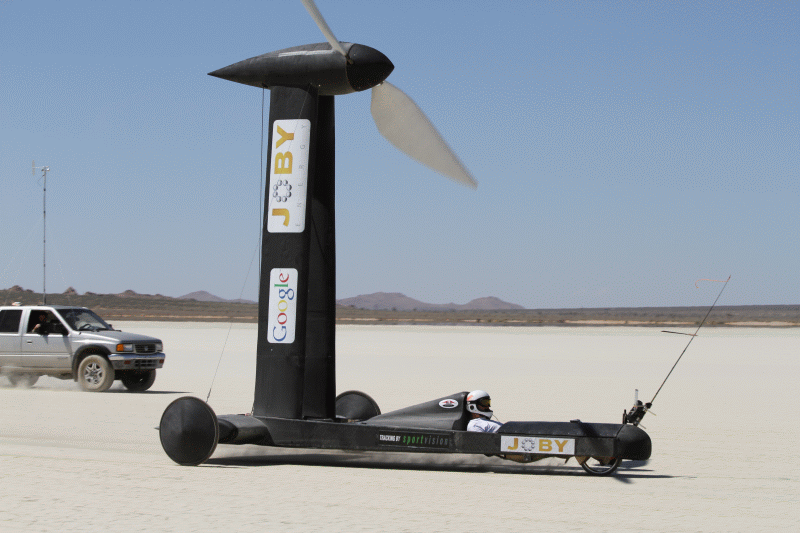 Figure 8. Energy balance for a vehicle that drives dead down wind on the basis of the propeller principle.

Interesting to note is that on a vehicle that drives dead down wind faster than the wind the apparent wind direction difference 180 degrees with the true wind direction. 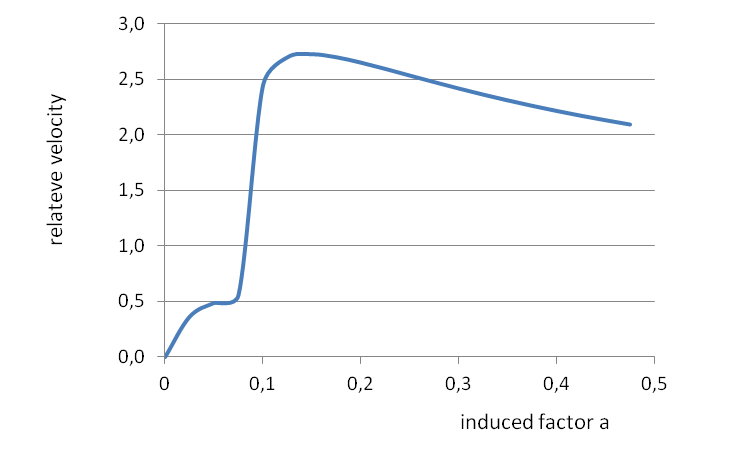 Chart 4. Calculated relative speed for the propeller principle as a function of the induced factor a. 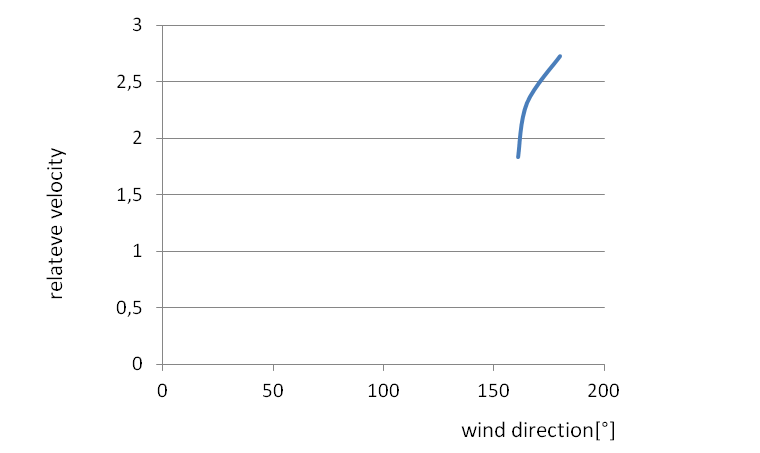 The calculated relative speed as a function of the induced factor a and the wind direction for the Blackbird with propeller at 6 m/s are shown in chart 4 and 5 respectively. The maximum calculated speed matches the measured maximum speed of 2.85 times the wind speed [5]

Only dead down wind +/- 20 degrees the calculation gives real solutions.

Next to the speed record down wind the Blackbird set in 2012 the record of the fastest vehicle with a windmill that can drive into the wind with a speed of 2.1 times the wind speed [5]. For this record the propeller was replaced by a windmill.

In [9] it has been mathematically demonstrated that for a windmill car there is a point below the maximum speed of the vehicle where the net power production is higher than the net power production of the same stationary windmill. The vehicle speed at maximum power surplus is calculated by setting the derivative of the net power production equal to zero. The vehicle can be kept on this speed for maximal power surplus by giving additional resistance to the wheels. In case we do this with a hub dynamo in one of the wheels than the excess power can be converted to electrical energy. There are already bicycle wheels (Smart Wheel) with built-in hub dynamo, battery and hub motor for sale that can be used for this purpose.

Here I want to show that the WindWheeler can, at reach sailing where the highest speeds can be achieved, effectively generate electricity while driving. The charts below are calculated for a wind direction of 135 degrees (broad reach) and a wind speeds of 3 m/s and 9 m/s respectively. 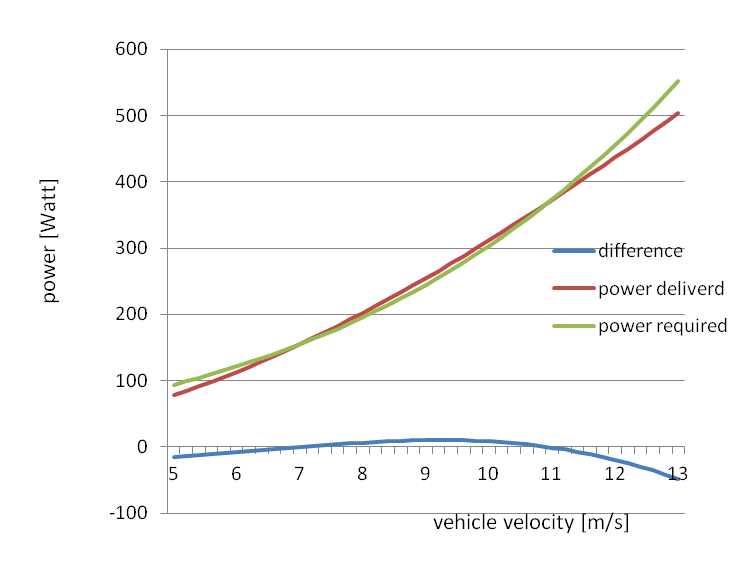 Chart 6. Power curve (produced, required and surplus) as a function of vehicle speed at broad reach and 3 m/s. 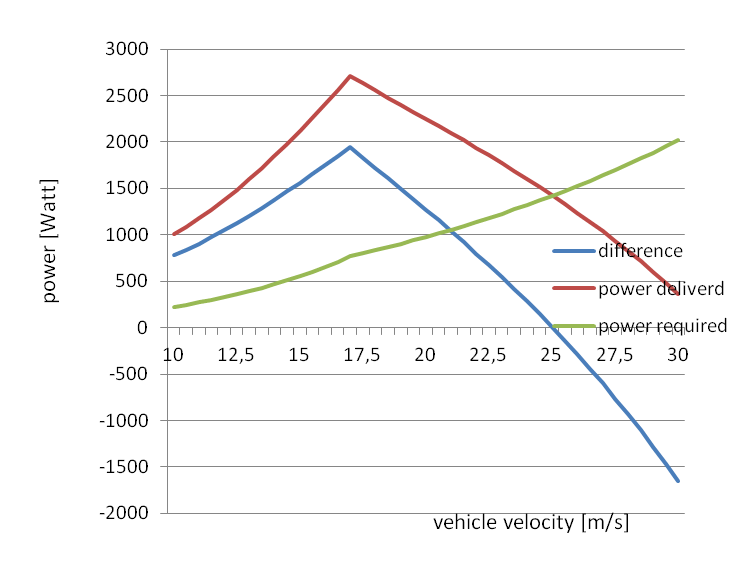 Chart 7. Power curve (produced, required and surplus) as a function of vehicle speed at broad reach and 9 m/s.

The red line in the chart represents the produced wind power, calculated by the forward force on the wing sail multiplied with the vehicle speed. The green line represents the power required, calculated by multiplying the total resistance force with the vehicle speed. The net power curve, the blue line, gives the difference between de red and the green line representing the surplus of power. As long as the blue line stays above zero, there is a power surplus and the WindWheeler will accelerate. However, if you don't want to further accelerate you can turn on the dynamo to harvest the surplus of wind power and convert it to electrical energy. At 3 m/s the maximum power surplus is achieved at the point where the power surplus curve (the blue line) is horizontal (derivative = 0). At 9 m/s this point is never reached because the crosswise force has reached it maximum before the produced power curve reaches its maximum. At 9 m/s the maximum produced power is achieved at the point where both lift coefficient as well as the crosswise force are at their maximum value. At speeds above this point the lift coefficient has to be limited by reducing the lift coefficient preventing the crosswise force tipping over the vehicle. At the point of maximum power surplus almost 2/3 (about 2 kW) of the produced power of the wing sail can be used for electricity production. To achieve the max power production we have to limited the velocity of the WindWheeler to 17 m/s (60 km/uur) from the maximum speed of 25 m/s (90 km/uur). Two kilowatt power production at a true wind speed of 9 m/s will result in a electricity production where many wind turbine with similar dimensions will be jealous about.

Figure 9. Influence of the vehicle speed (left 25 m/s right 17 m/s) on the forward force delivered by the wing sail at constant crosswise force and a true wind speed of 9 m/s. 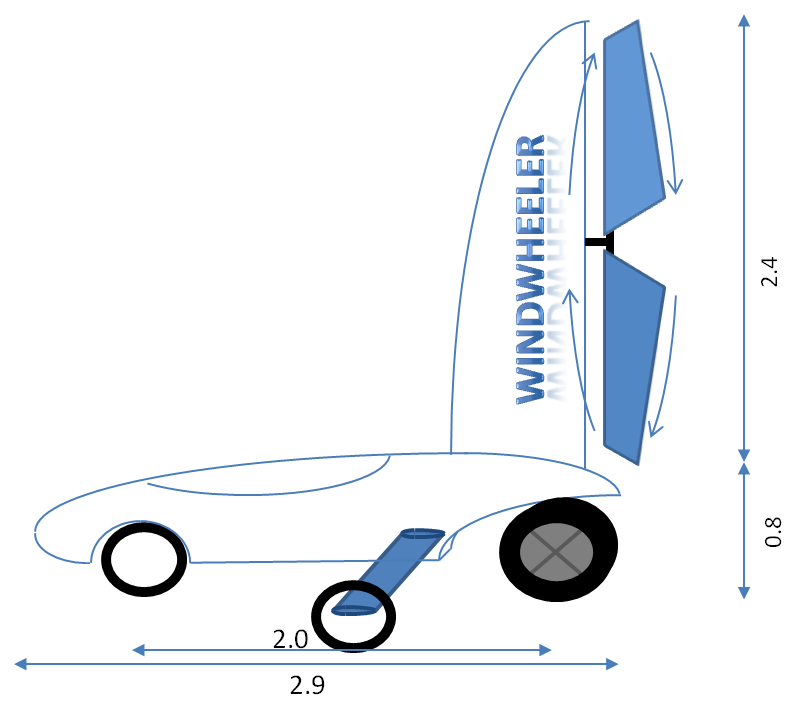 Figure 1. WindWheeler with a windmill with a diameter of 2.4 meters. 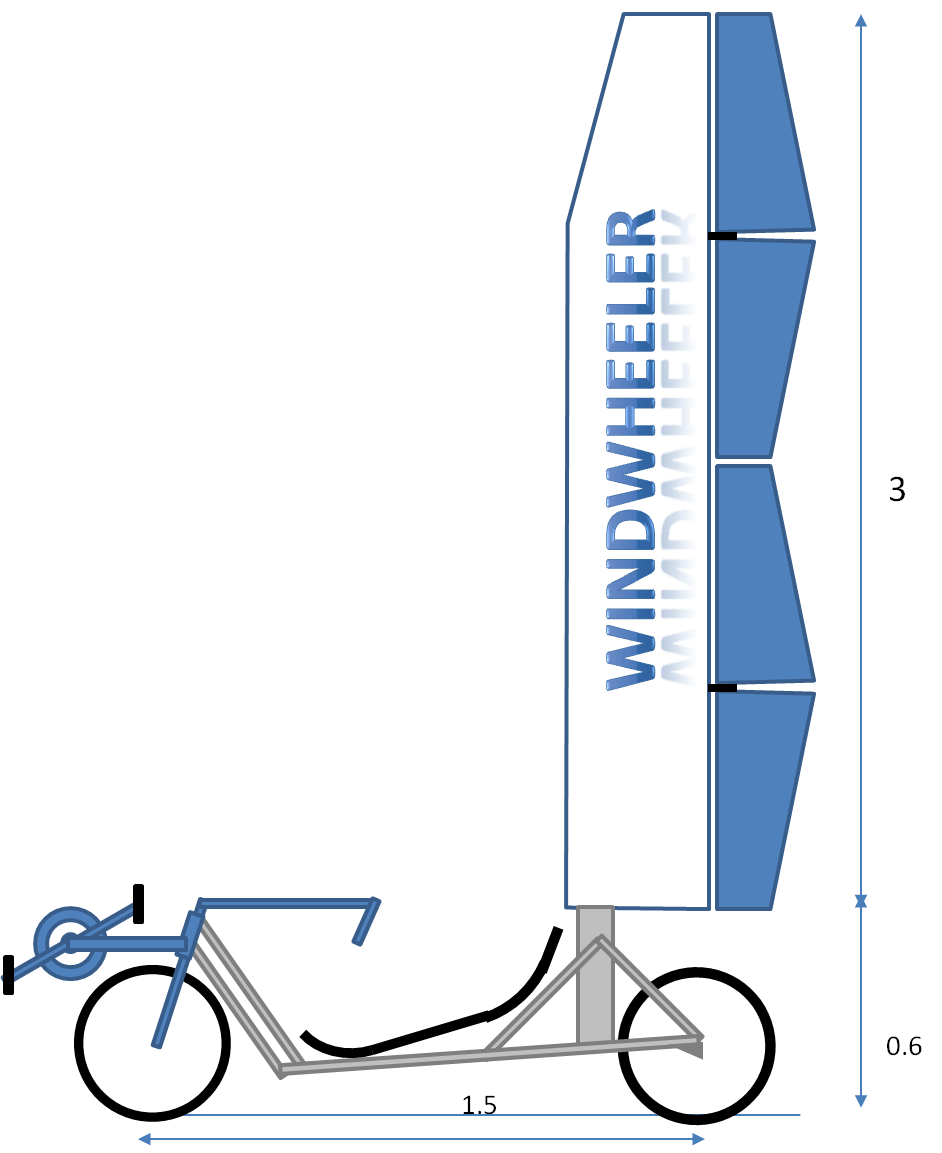 Figure 2. WindWheeler with two windmills on top of each other with a diameter of 1.5 meters.

We have seen that, in case there is no room for tacking, each wind direction asks for another wind powered principle to generate the optimum speed. A wind powered vehicle that can combine the three principles gives probably the optimum solution. Combining the three principles seems difficult, however, keeping in mind that a rotor blade of a windmill and a propeller are both wings that are twisted. On the right a picture of a car with a wing sail consisting of a leading section and a trailing section. The trailing section consists of two wing elements on top of each other and a hub in between. By giving the wing elements an opposite twist creates a windmill with two blades. The dimensions of the vehicle are chosen such that it is allowed on the Dutch roads. However before a car is allowed on the road it has to meet many requirements. It's a lot easier to meet the requirements for a bicycle on public roads. The maximum allowable width of a bicycle is 1.5 meters and the maximum allowable height 4 meters. The solution is found by using two windmills on top of each other. The trailing section consists now out of 4 wing elements on top of each other. Each pair of wing elements has a hub in the middle and are twisted in opposite direction resulting in two windmills.

To estimate achievable speed for a WindWheeler with aerodynamic hood for low air resistance I have done a number of model calculation. The data used for the calculation are given in table 1. Chart 1 shows the velocity as a fraction of the wind speed for different wind directions and a true wind speed of 9 m/s (5 beaufort).

The calculated speeds are lower than the measured speeds for the Greenbird and the Blackbird, however, these wind powered vehicles were much bigger than the WindWheeler. 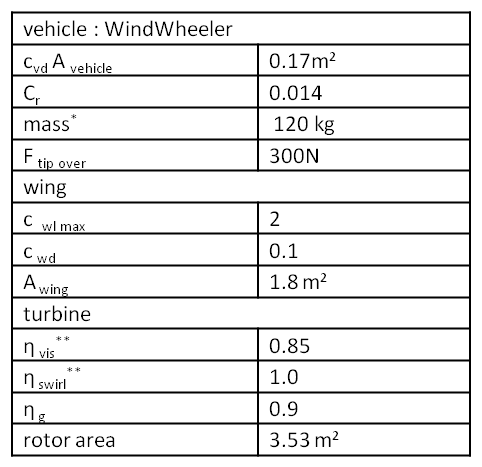 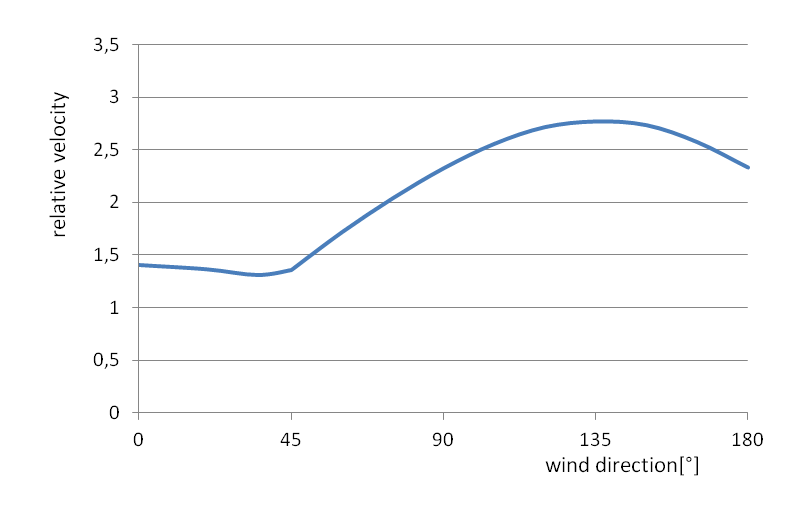 Chart 1. Calculated relative speed for the WindWheeler as function of the wind direction.

To what extent the calculated speed for the WindWheeler at different conditions are realistic has to be tested with the prototype that is under construction.